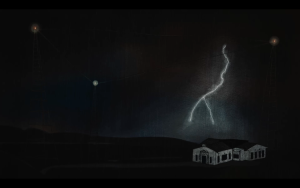 Though this particular radio broadcast didn’t occur “that night” as implied here, and thus probably was not directed at Fishbein, Brinkley indeed took to the airwaves each night to say nasty things about Fishbein during the trial. We know this because Fishbein’s lawyers noted it in court, complaining that Brinkley’s nightly rants could be prejudicial to the jury.

This radio broadcast is edited for length, but the thrust of it (the anti-Semitism and Red-baiting, leading up to a pitch for “a dollar”) has been preserved accurately.

". . . Brinkley in a radio address in Mexico last night had made a statement that 'if Fishbein goes to heaven I want to go the other way' or words to that effect. The defense attorneys claimed that statement was prejudicial and might have been heard by members of the jury . . ." ("Brinkley Declares His Income Dropped After Publication," Corsicana Daily Sun, 23 Mar 1939, Thu, Page 3)