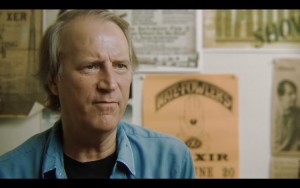 I don’t know that Brinkley really invented this format, an early version of both infomercials and simple corporate sponsorship, but he was certainly an early adopter/pioneer. Previous to his Border Radio days, he only ran ads for his own hospitals, but during this period realized that companies would pay a lot (he apparently charged $1700 an hour) to advertise products on his powerful station that U.S. stations wouldn’t advertise.