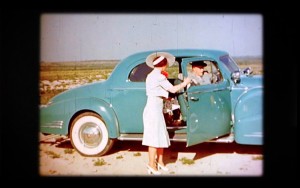 Not sure where we got the number 17 from; most sources indicate that the signal reached 15 or “at least 15” countries outside of the U.S. We were pretty close, though!

Also, the station began broadcasting in October 1931 was called XER (not XERA). XER was closed by Mexican authorities in February 1934 and then re-opened as XERA late in 1935. For a time, Brinkley also had another radio station in Mexico called XEPN which he renamed XEAW. But to keep things simple, we are sticking with XERA.