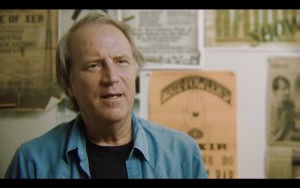 There was already one “border blaster” station (XED, which began broadcasting on November 9, 1930, with a regular schedule from 6:00 PM to midnight) when Brinkley “somehow” got the idea. Brinkley announced he would open his own in January 1931. We’re leaving that out because we’re continuing to feed the implication that he alone invented all these wonderful ideas.