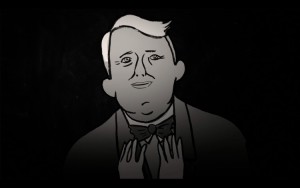 Patient testimonials are the bedrock of the quack’s claim to legitimacy, and Brinkley indeed had many patients testify for him at this hearing (we don’t know their exact words).

“‘Testimonials’ are personal accounts of someone’s experiences with a therapy. They are generally subjective: ‘I felt better,’ ‘I had more energy,’ ‘I wasn’t as nauseated,’ ‘The pain went away,’ and so on. Testimonials are inherently selective. People are much more likely to talk about their ‘amazing cure” than about something that didn’t work for them. The proponents of ‘alternative’ methods can, of course, pick which testimonials they use. For example, let’s suppose that if 100 people are sick, 50 of them will recover on their own even if they do nothing. So, if all 100 people use a certain therapy, half will get better even if the treatment doesn’t do anything. These people could say ‘I took therapy X and my disease went away!’ This would be completely honest, even though the therapy had done nothing for them. So, testimonials are useless for judging treatment effectiveness. For all we know, those giving the testimonial might be the only people who felt better. Or, suppose that of 100 patients trying a therapy, 10 experienced no change, 85 felt worse, and 5 felt better. The five who improved could quite honestly say that they felt better, even though nearly everyone who tried the remedy stayed the same or got worse!” (Common Questions about Science and “Alternative” Health Methods, Gregory L. Smith)