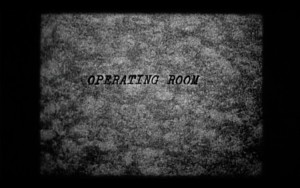 We’re simplifying here to keep things tidy, and because at this point in the story we don’t want to let on that Brinkley’s cure was sold as a miracle cure-all (that makes it a little too obvious that it was fraudulent).

For example: "Dr. R.R. Cave of Manhattan, KS, had journeyed to Brinkley's clinic the year before out of simple curiousity. Cave had already studied Brinkley's illustrated pamphlet outlining the four-phase compound operation – how he transplanted 'an artery and a nerve so as to increase the blood and nerve supply to certain organs . . . to strengthen them and rejuvenate them'; . . . But when Cave viewed the procedures for himself, he was surprised to find that 'no attempt was made to do any of these things,' that the doctor just put 'little pellets' in the patient's scrotum and sewed him up" (Brock, 152).