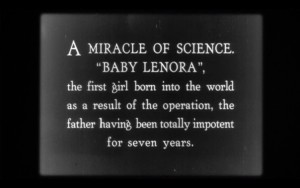 The things the Narrator says here are insane! Not even Brinkley said it “worked every time.” We’re engaging in some puffery and exaggeration for effect.

cf., "He learned as he operated, and he expanded his description of his results and exaggerated his claims at the same time – although he continued to emphasize that his operations were not successful in all cases" (Lee, 53); "Brinkley cautioned that there were no guarantees; his operation only had about a 95% success rate. He added calmly that it worked less well on 'stupid types'" (Brock, 41).