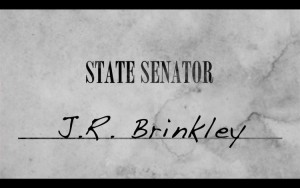 The Kansas City Times reported that he received votes for both Senate seats, Supreme Court justice, for Congress, and for other county positions, and that Brinkley got more than 20,000 votes in Oklahoma.

Reardon 25-6; "But this total did not include the ballots with Doctor Brinkley, Doc Brinkly and other variants, all of which were disqualified – to say nothing of the free thinkers who likened him for lieutenant governor, U.S. Senator, Kansas supreme court justice, and other posts. The doctor was so popular he even carried three counties in Oklahoma" (Brock, 162).