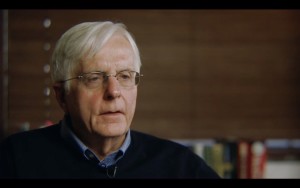 We never looked this up ourselves, but we trust that Reardon did. He researched this episode extensively.

"Interestingly, the Kansas Supreme Court earlier had expressed a much broader viewpoint in validating several write-in votes cast for Wichita Judge Grover Pierpont. Votes written as 'perpont' or 'Peerpont' had been accepted. The law itself read: 'The intent of the voter must first be considered'" ("The Year The Election Was Stolen," James Reardon).