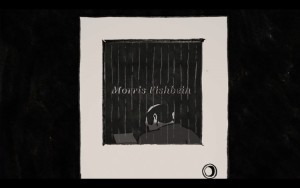 Fishbein’s words throughout this section are paraphrased from his actual writing.

Here is the first time we bring the word “quack” into this film. It’s worth taking a second to define it. We like Stephen Barret’s definition of quackery as “anything involving overpromotion in the field of health. This definition would include questionable ideas as well as questionable products and services, regardless of the sincerity of their promoters. In line with this definition, the word ‘fraud’ would be reserved only for situations in which deliberate deception is involved. Unproven methods are not necessarily quackery. Those consistent with established scientific concepts may be considered experimental. Legitimate researchers and practitioners do not promote unproven procedures in the marketplace but engage in responsible, properly-designed studies. Methods not compatible with established scientific concepts should be classified as nonsensical or disproven rather than experimental. Methods that sound scientific but are nonsensical can also be classified as pseudoscientific. Folk medicine, even when known to be erroneous, is not generally considered quackery so long as it is not done for gain. Thus, self-treatment, family home treatment, neighborly medical advice, and the noncommercial activities of folk healers should not be labeled as quackery. However, folk medicine and quackery are closely connected because folk medicine often provides a basis for commercial exploitation. For example, herbs long gathered for personal use have been packaged and promoted by modern entrepreneurs, and practitioners who once served their neighbors voluntarily or for gratuities may market themselves outside their traditional communities. All things considered, I find it most useful to define quackery as the promotion of unsubstantiated methods that lack a scientifically plausible rationale. Promotion usually involves a profit motive. Unsubstantiated means either unproven or disproven. Implausible means that it either clashes with well-established facts or makes so little sense that it is not worth testing.”

We have already established Brinkley as the hero of this story and are trying to keep you identifying with him as such. So we’re doing a lot of manipulative things to make you think that he is not a quack, and to ensure that even if you already know that Brinkley is a quack, at this point you may think he is at least not a fraud (maybe he’s just a bit of a weirdo who believes this stuff works.) Later, we will make it as clear as possible that we think he is both a quack and a fraud.

Conversely, we are now introducing Morris Fishbein as Brinkley’s nemesis. So we’re doing what we can to make him as unappealing and unreasonable as possible. Later, we will make it clear that Fishbein was hardly perfect, but when it comes to Brinkley he was entirely correct.

Fishbein, M. "Modern Medical Charlatans." Hygeia, vol. 16, January-February 1938. "Proclaiming him 'unquestionably the world's greatest charlatan,' Fishbein vowed to bring every resource to bear – the AMA, the Federal Trade Commission, the Better Business Bureau, whatever it took – to put the Milford Messiah out of action" (Brock, 132). "Fishbein first struck in January 1928 when he published his lengthy article in the Journal of the American Medical Association, calling John R. Brinkley the epitome of quacks" (Lee, 92). Quackery: Quackery: How Should It Be Defined?, Stephen Barrett, M.D. http://www.quackwatch.org/01QuackeryRelatedTopics/quackdef.html