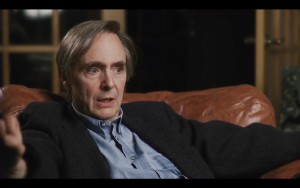 It might be an exaggeration to say he was the “first guy,” but he was certainly a key figure in the popularization of country music.

"As Bill C. Malone wrote in his definitive Country Music, U.S.A., it was the goat-gland king who 'popularized hillbilly music throughout the United States and laid the basis for country music's great popularity in the late 40s and early 50s" (Brock, 177); Lee, 64.