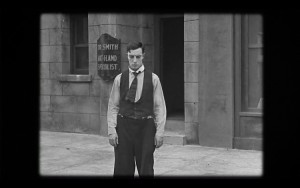 At least one other popular comedy of the time referenced the goat gland cure: a 1924 Sunshine comedy called “Sad But True.” This film, directed by Slim Summerville and starring Chester Conklin, is apparently lost; we consider this a tragedy of epic proportions.

And the Serge Voronoff’s monkey gland cure was referenced by the Marx Brothers in their first feature film, “The Cocoanuts” (1929). The song, written by Irving Berlin, is called “Monkey Doodle Doo” and is super creepy.

The “Monkey Gland” was a popular cocktail of the era, featuring absinthe! We’ve had it and it is delicious.

Another Hollywood aside: when studios starting injecting “talkie scenes” into otherwise silent films during the period of transition from silent to sound films (1927-1929), these films were called “goat gland films.” 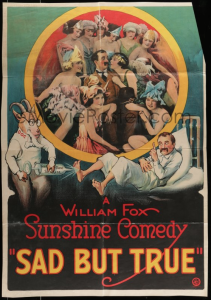 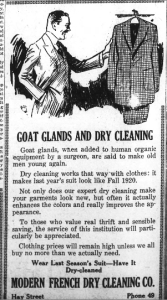 and this mention of a novel banned for featuring goat glands: