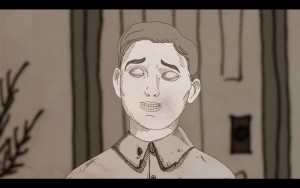 We can’t verify that Brinkley’s daddy was a doctor, but he always said he was. Brinkley cited his father’s profession as inspiration for his own. If he was a doctor at all, Brinkey’s daddy would have almost certainly been the sort of poor “country doctor” common in the 1800s.  At that time, being a doctor wasn’t the distinguished profession it later became (largely due to the efforts of the American Medical Association).  On the other hand, sometimes Brinkley claimed his daddy had a medical degree from Davidson College in Charlotte.  As Lee wrote, “(t)his is highly unlikely, however, as attending college in the antebellum South was expensive and confined largely to the plantation and urban aristocracy who could afford it, not poor mountain folk.”